Chilli is a classic Mexican dish which has been adopted all over the world. There are many different recipes for it which include the basics of minced beef, chilli and cumin. Many recipes have adopted tomatoes into the dish which adds a saucy texture to it, but I wanted to keep this authentic as I could by not using tomatoes.

The recipe takes a few hours to prepare so I would recommend that you start the beef first, then come back about an hour and a half to start the rest of the recipe.

This makes enough for 2-3 people.

Start with the beef

Take a large pan and place on a medium to high heat. Place in the beef in small batches and cook well until it is browned and even on all sides. Try not to put it all in at once because you will end up with parts which are cooked more than others.

Transfer this to a container and place to one side for the time being.

Make the coffee and prepare the garlic and onion for chopping.

Next chop up the onion and chop the garlic very fine. Put in some vegetable oil and cook the onions until they are soft.

Turn down the heat and place in the garlic.

After a few minutes, add the beef and add the coffee.

Bring to the boil, and then turn down the heat to simmer. Put on the lid and leave to simmer for 2 hours.

The Chilli and the rest of the spices

After about 1.5 hours, chop up the chillies. Remove the seeds if you don’t want it too hot. 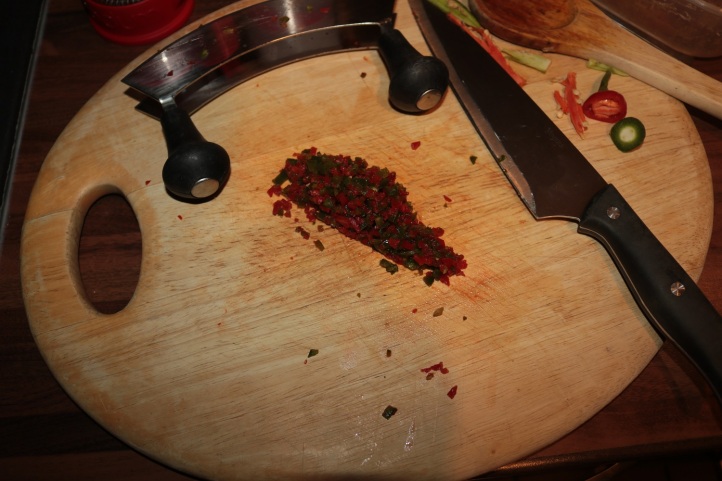 Take a frying pan and cook the cumin seeds for a few minutes until you smell the scent roasted cumin. Keep the seeds moving in the pan, don’t let them burn. 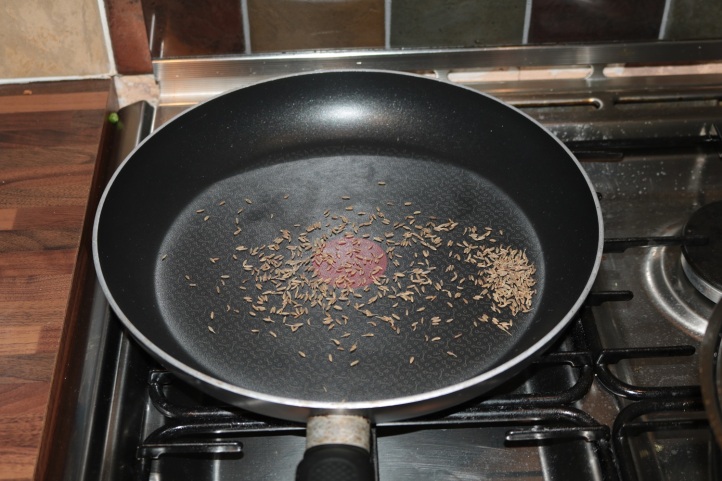 In a pestle and mortar, add the cumin, chilli oregano and salt.

Grind together into a paste. Add this to the chilli beef and take the lid off the pan.

Mix this all together. When the water has nearly evaporated, add in the beans.

Cook for another 10 minutes and then serve.

Open up a nice Chilean red wine and enjoy.