Homemade pasta is a little daunting for some people when they think about making it, but once on a trip to Italy I saw this being made in a kitchen while roaming through the back streets of some of the villages in the north of Italy. Once I tasted it, it was something which I wanted to make over and over because it is so much nicer making it fresh compared to the dry stuff you find in the shops.

The tip here is to use the correct flour and have enough room and time to lay it out after you have finished. Typically, you will need a long cylinder structure to hang the pasta. Something like an old curtain pole does the trick nicely.

Usually the general rule is 1 egg per 100g. So if you want to double on the amount of pasta then just double the amount of eggs. This will make enough for 2 people, assuming you are serving it with something such as meatballs or bolognese.

Start off by weighing the flour. Ensure it is the correct type of flour too. Here is an example from Sainsburys. 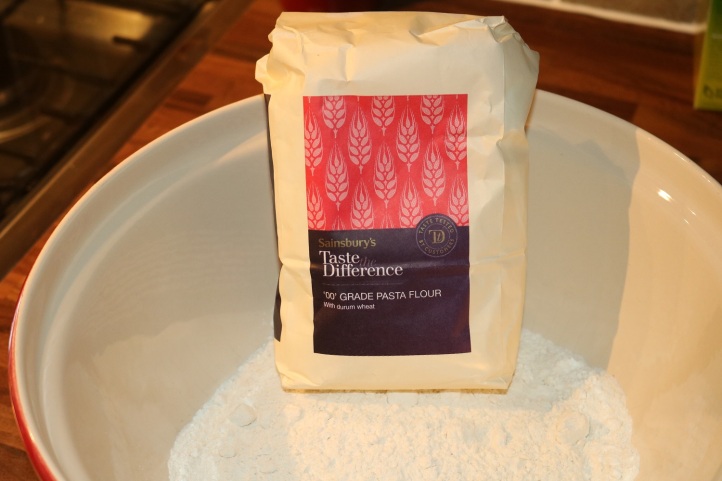 Next add the eggs to the flour. 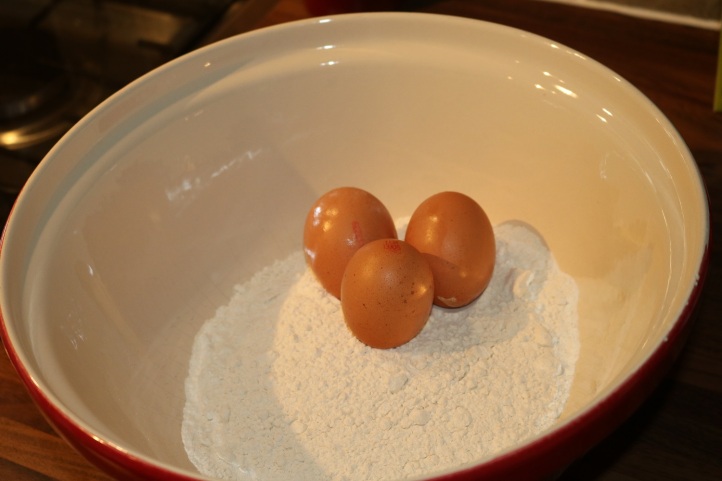 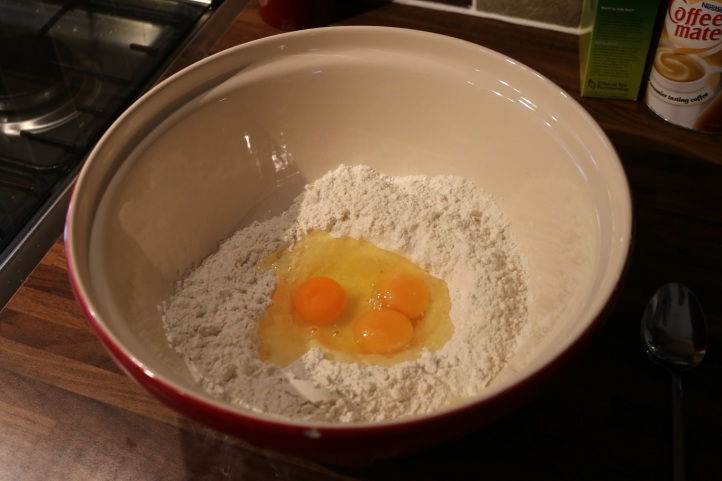 Great. Now we can start mixing in the flour. Do so by adding a little flour at a time and using a fork. 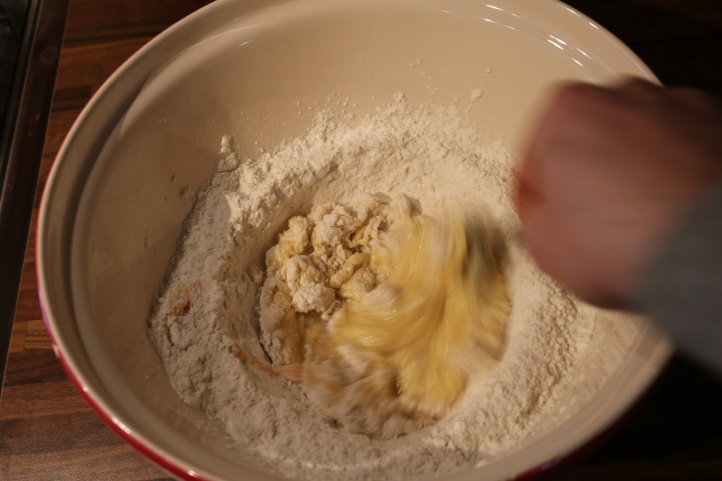 Once the mixture starts to bind together it will start to become difficult to stir. There will become a point where you need to use your hands. 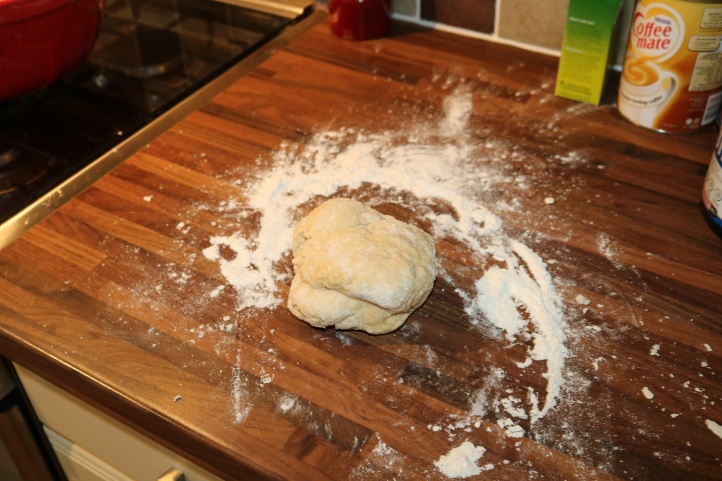 Knead the mixture together like a dough and when it is incorporated enough then take it out of the bowl and knead it on a flat surface. If it is too dry, add a small amount of water. 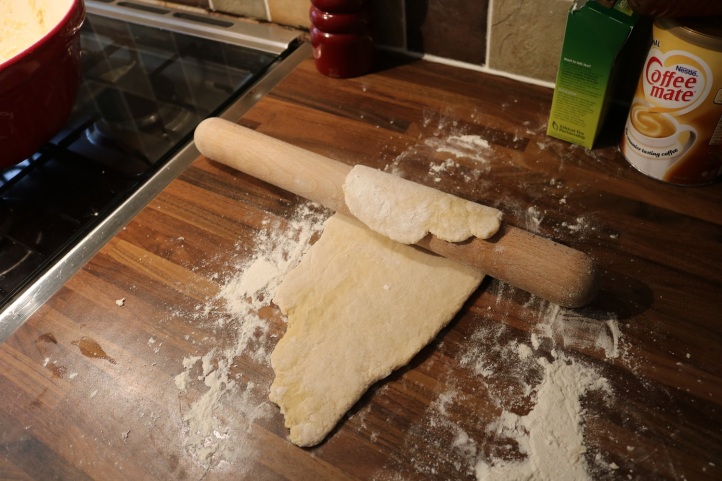 Split the mixture into 2, and place one half in a sealed bag and into the fridge. Lets start rolling the other half out. Here in the image we can see that the rolling process has started. Make sure there is plenty of flour on the work surface as we don’t want to tear the pasta by sticking to anything.

As you roll, the pasta will become thinner and larger in area. To help with the surface area, roll it around your rolling pin and roll it out while it is attached there. 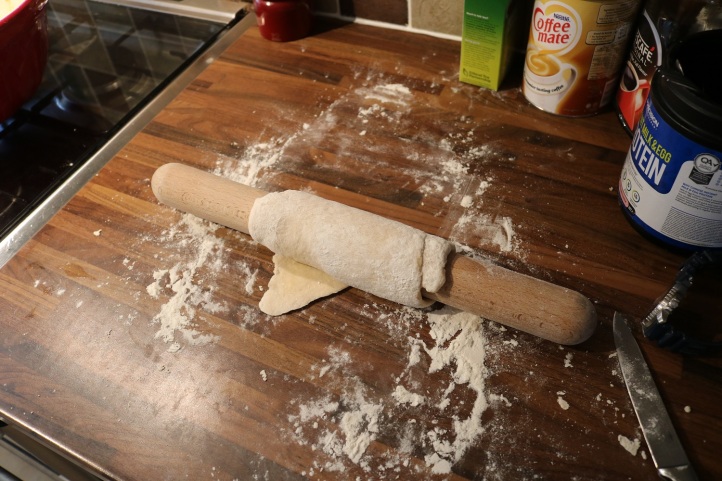 You will notice the pasta will become looser as you roll, so just wrap it round again and keep rolling. After rolling for about 10 minutes you should end up with something which looks like this: 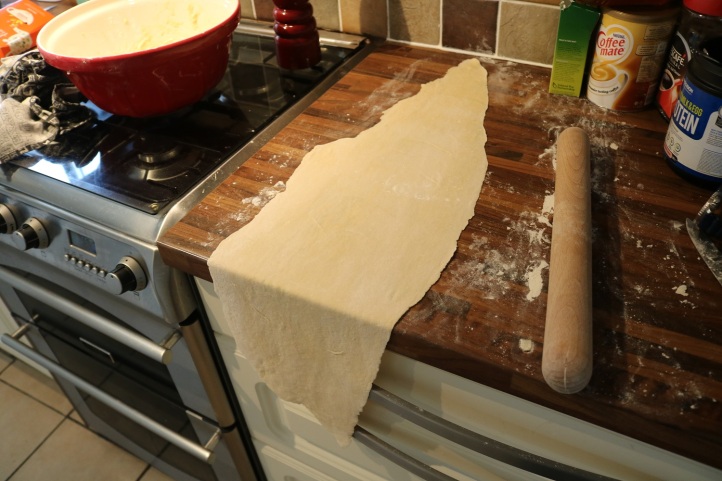 The consistency should be flexible, thin and floury. If you want it thinner you can continue rolling but if it gets this big then it should be fine to cut. Next we fold the pasta to cut it. 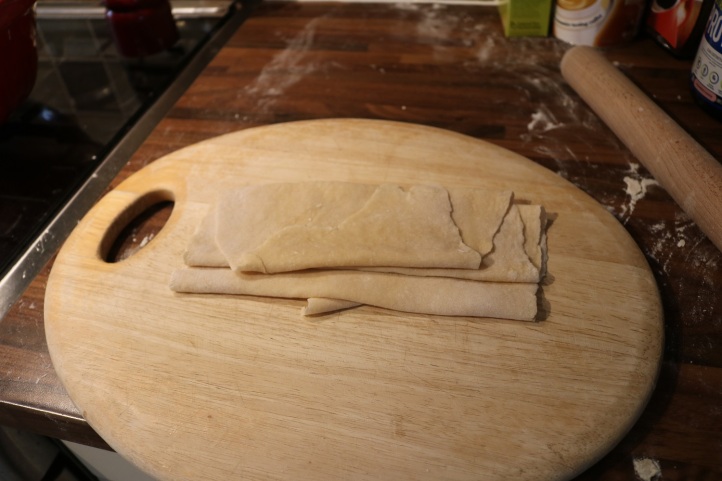 Fold it together, ensuring there is adequate pasta between the layers to stop it sticking. Take a sharp knife and start cutting. 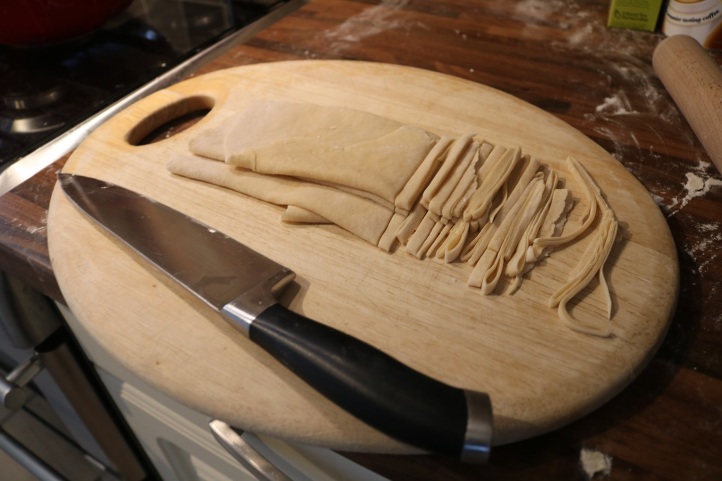 You can cut as thinly or as thickly as you desire. Once you have finished cutting to the end, immediately hang up the pasta by unfolding each strip and hanging it. 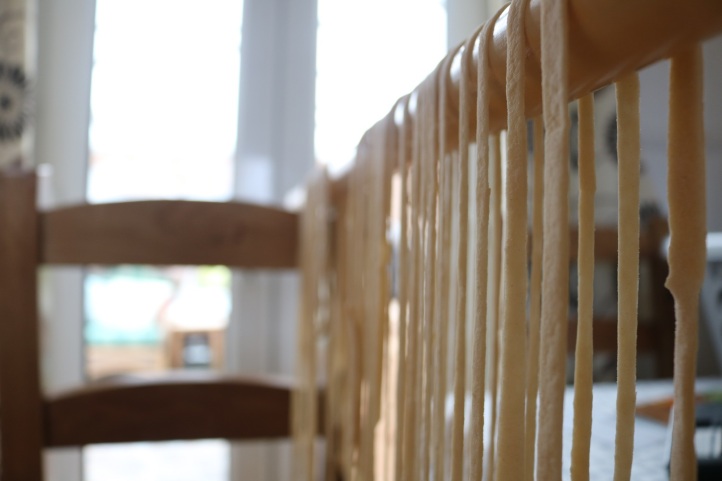 Unfolding the pasta can take some time but providing it all stays intact you should be fine. After about an hour of drying you can take the pasta from the hanger and place it in a container, or you can put it straight into the pan and cook for about 3 minutes in boiling water and your pasta will be ready.